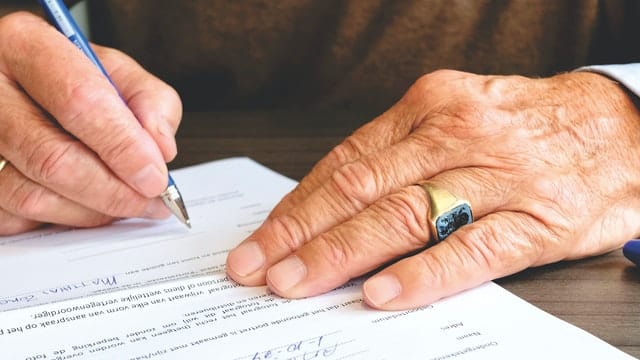 A recent article from the Telegraph revealed how a personal representative was left with a staggering Inheritance Tax (IHT) bill of £341,278 when he was administering a £1.2 million estate. Mr Harris misguidedly distributed the assets to the beneficiaries before all of the Inheritance Tax had been paid. He did this with the understanding that one beneficiary (who received the majority of the estate) would pay any Inheritance Tax that was still owed. However, this did not happen as the beneficiary left the country without paying, leaving Mr Harris to foot the bill.

In this case, Mr Harris was personally liable for paying any Inheritance Tax that was due on the estate, as he had taken on the financial and legal responsibility for the estate when he became the administrator in 2013. Mr Harris was appointed to distribute Helena McDonald’s estate by the court when she died without a Will.

When a Will has been left, a chosen Executor is stated and if they choose to accept the role, they will have this same financial and legal responsibility. Executors and administrators are by no means obliged to take on the responsibility. They have a choice of whether or not to accept the role, the right to seek advice from a professional, and can even ask a professional estate administrator to manage the estate on their behalf.

Mr Harris attempted to appeal his responsibility to pay the £341,278 owed to HM Revenue and Customs (HMRC) on the grounds that he no longer holds the estate’s funds. Harris’ attempt was unsuccessful as Judge Nicholas Aleksander rejected the tax appeal, stating that “IHT is clear. It is the personal representatives of the deceased (in this case, Mr Harris as administrator) who have the obligation to account for any inheritance tax arising in respect of the deemed transfer on death.”

This case highlights the lack of understanding amongst the public about what to do when someone dies and more specifically, the liability that is associated with administering an estate. Incorrectly distributing the assets or making mistakes whilst handling the estate can be of great consequence, as highlighted in Mr Harris’ case.

If you need help administering an estate then we can help you.