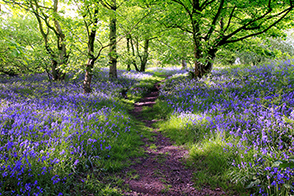 Dementia is a topic that is widely discussed and one that puts fear in the hearts of many, including mine. Watching my aunt slowly drift away from us, was a very sad and difficult process. For my uncle and cousins even more so. She was such a vibrant person, full of life and energy. When this terrible illness took hold, she was just 60 years of age. At first the doctors diagnosed her with depression but it soon became apparent that something much more sinister was going on. She gradually started to forget how to do simple tasks. Her behaviour became erratic and she would wonder off in her new world. Where, she had never been very religious during her life, pre dementia, she suddenly became a regular visitor to her local church and enjoyed signing along to all the hymns. Even after she had lost her speech she could still sing in church.

This cruel illness slowly stripped her of her memories until her daughter who had once been her best friend was no more than a familiar face. She became incontinent and eventually forgot how to eat, unable to swallow. After only four years of her illness she had completely forgotten who she was and her family. She had met my uncle when she was only 16 and he 18 years of age. They had enjoyed a long and happy marriage. This illness is completely heart breaking for all involved. My auntie sadly passed away after developing pneumonia. A treatable condition but due to the circumstances and the stage of her illness it was left untreated.

Having a health and welfare Lasting Power of Attorney in place, meant that at this devastating time the decision not to treat my aunt for her infection was made easier. It was something she had already been able to discuss with her family/attorneys and they were aware of her wishes, the guilt they felt at letting her go was lessened due to this.

Everyone needs a Lasting Power of Attorney in place for both Health & Welfare and Property and Finance, they are essential should you ever be unfortunate enough to lose mental capacity. Do it now! Get in touch today.

A Thanks For Richardson's Wills